Perez-Urruti: "Magellan and Elcano's expedition was more important and spectacular than the arrival of the man to the moon"

Conference in Club de Mar Mallorca by the commander of the Army Protection Force, and Marine Infantry Brigade General, about the first circumnavigation. 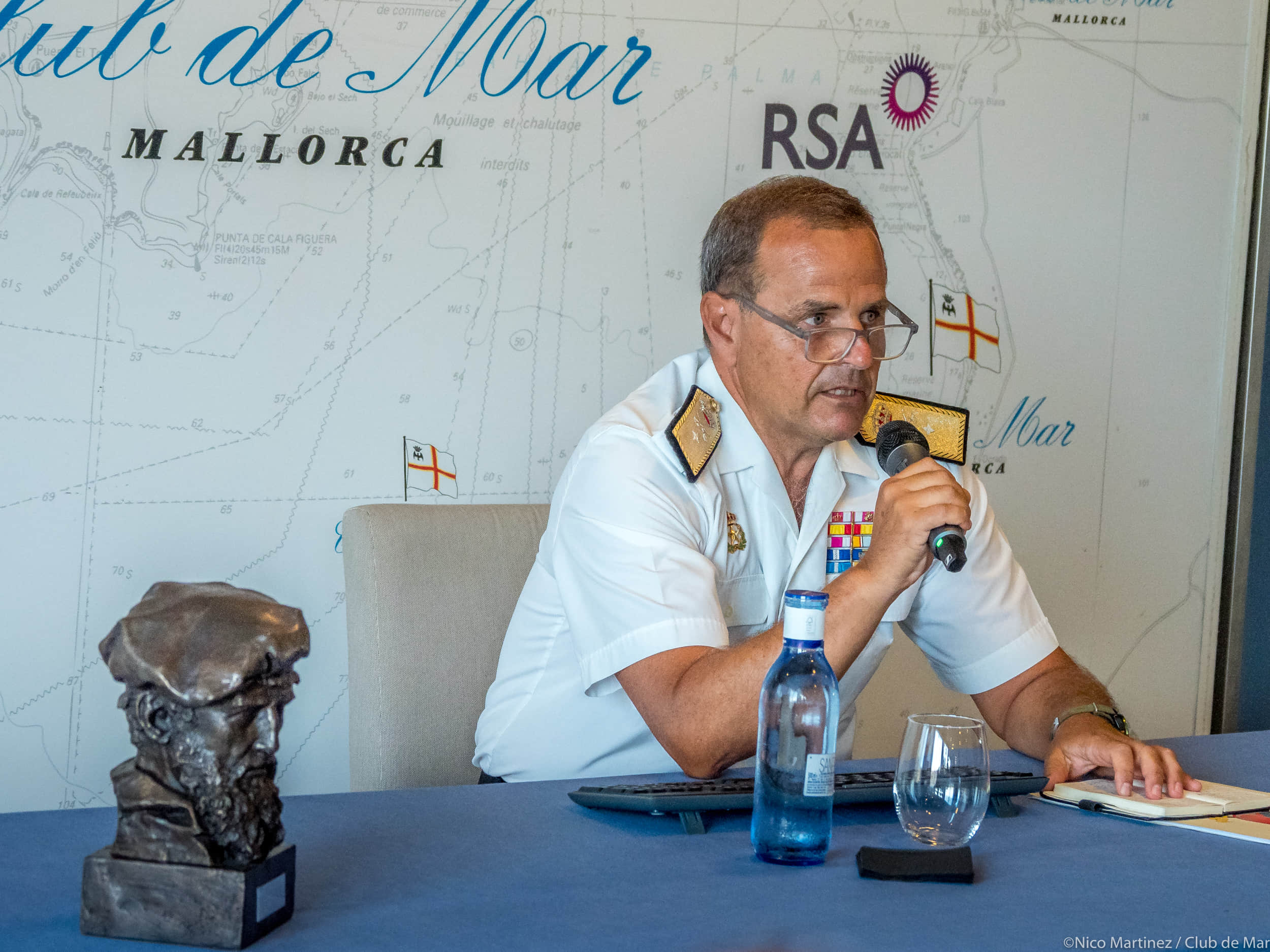 "Magellan and Elcano's expedition was more important and spectacular than the arrival of the man to the moon becuase those sailors in the first circumnavigation faced the unknown and countless adversities, not to mention they dind't have any kind of back up or support, like Nasa in the trip to space", said yesterday the commander of the Army Protection Force, the Marine Infantry Brigade General Carlos Pérez-Urruti in the conference he offered in Club de Mar Mallorca as part of the XXV Illes Balears Classics' social programme.

Pérez-Urruti highlighted in his speech, titled "Embracing the world. 500 years of the first circumnavigation", the "pride" it is to inherit a heroic deed that confirmed Spain as a world power, despite carrying it out with very little knowledge and means, and practically not knowing the true dimension of the earth, nor if there was a passage to cross the American continent and arrive to Asia.

As explained by General Pérez-Urruti, the expedition by Magellan-Elcano and the trip to the moon, of which the 50th anniversary will be celebrated this year, have many similarities, such as the fact that both were a technical challenge that confronted two powers (Spain and Portugal in the first case; and USA and USSR, in the second case).

The XXV Illes Balears Clàssics has committed this year with the commemorations of the first circumnavigation, which began 500 years ago just last August 10, by organising this conference, as well as delivering a special award of Juan Sebastian Elcano's bust to the best classified centennary boat in the competition.

On August 10 1519, a crew of 239 sailores captained by the Portuguese Ferdinand Magellan sailed off from Seville's port looking to open a new spices route. Three years later, in 1522, only 18 returned captained by Juan Sebastian Elcano, who took over the expedition sponsored by the Spanish crown after the death of Magellan in the Philippines.
In Pérez-Urruti's opinion, the journey was 100% Spanish, since the means, the financing, the majority of sailors as well as the captains were paid by King Carlos III of Spain, although the intellectual author, he admitted, was the great Portuguese sailor Ferdinad Magellan, of whom he highlighted his faith and perserverance carrying out the challenging task.

Juan Sebastian Elcano was, in his opinion, the great beneficiary of all the problems the expedition went through: sinkings, rebellions, fights with the natives, diseases like scurvy, hunger...

"He started the journey as boatswain in one of the ships and ended up being the captain of the only ship that returned to Spain with 18 men. He made great decisions: to continue with the journey after the heroic and misfortuned death of Magellan and keep sailing in Portuguese domains, against what was agreed by the King, which made him avoid the coast in order not to be intercepted by the Portuguese army", said Carlos Pérez-Urruti.